Perhaps best known for penning the modern worship anthem ‘Like A Lion’ - recorded by David Crowder Band, newsboys and others - Daniel Bashta is a missionary kid who grew up immersed in ministry all around the globe. As a result, apeaking life and hope into a dark world has been his life-long passion. “My whole life, I’ve been part of these revival meetings, seen healings, all these crazy, beautiful things happen,” Daniel says. “Even in all that, I’m still searching for the real Jesus in my life. I don’t care about feelings. I want the real Jesus. …The Invisible is full of songs for a generation sick of singing songs,” he continues. “They don’t really care about building mega churches. They care about revolution. They want to see their cities changed. God is looking for a generation full of conviction.”

Married five years, Daniel and his wife, Taylor, like millions of young couples, had experienced infertility and were checking into their medical options. Beneath the surface, they knew God had always planned for them to adopt. So instead of waiting for answers that might not come, the Bashtas created their family profile with Polaroid pictures in a composition notebook and turned it in to Bethany Christian Services on a Thursday afternoon. Within a few weeks, they got a call: a birth mother had chosen them to be her baby’s family.

Around this same time, Daniel had written ‘Like A Lion’, the anthem that would, financially, make adoption possible. “When God places a mission inside of you, when He gives you a heart for something, He’s faithful to take care of it,” Daniel explains, “in ways you can’t even begin to understand.”
Months later, in the hospital on the day of their son Phoenix’s birth, the Bashtas would begin to get a glimpse of the care with which God had been writing their story.

“We were sitting there with the birth mother, and my sister brought in a little lion. I told Phoenix’s birth mom, ‘We don’t do teddy bears in our family; we do lions.’ And then she told us a part of her story we had not heard. She’d been given an ultimatum: either have an abortion or get out of the house. So she moved to Atlanta, heard about Bethany Christian Agency on MTV and had the courage to walk in and check it out. Around that same time, a friend took her to Passion City church, she said, and some guy on stage (Chris Tomlin) started singing some song about a lion and a roar. She remembered it clearly because during that song, she felt a presence come over her. ‘I never knew you could feel God, like I felt God in that moment,’ she said. She sat down and started journaling the lyrics to the song, ‘Like A Lion.’

“We all started crying in the hospital room,” Daniel says, “To know that my son has such a calling in this life, even before he was born, that his dad’s song was being sung over him… I thought I knew what God was capable of, but we experienced his faithfulness in such a miraculous way.”

And that miracle led straight to another. Within a few months, the Bashtas were pregnant, later giving birth to a daughter, Bravery Annette, now 11 months. They’ve already started the process for their second adoption. “God’s the pilot, so we’re just going to jump on board and see where he takes us,” Daniel says. “We’re not getting any sleep anyway, so let’s just do it. We can sleep in a couple of years!”

Sleep-deprived and undone by the Invisible, the Immortal showing up in their lives, the Bashtas are forever changed. “Healing works like a river,” Daniel says. “When it takes place, it’s not just in one little area of your life, healing brings life to every area of your life. I think that’s the beauty of this record: it represents the healing that has taken place in our lives.”

Song after song, The Invisible gives voice to the faith of a generation willing to be “ruined for God’s glory,” to choose conviction over control and open the door for miraculous, redemptive work of God to infiltrate everything. To open blinded eyes to the wounds of the world, to open arms wide to the unloved, to reach out to take them in. 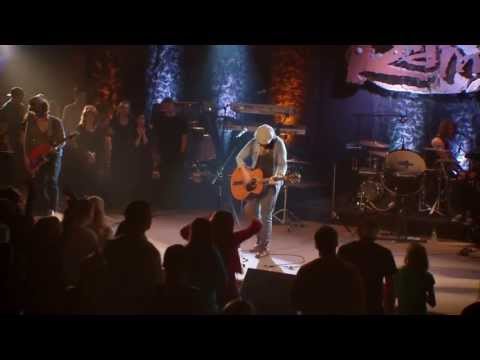