With 18 albums in his career, Danilo Montero’s voice has shared a message of faith and devotion to God that has impacted lives of young and old alike. His songs are a strong part of today’s Latin churches and they have become part of the ‘modern’ hymns sang throughout.

Danilo’s vision is to inspire a life of devotion for God and this life to be a reflection of the Gospel of Jesus Christ. With this vision and mission in mind, Danilo and Ministerio Sigueme travel throughout Europe, North and South America 150 nights a year. Through teaching seminars and workshops for pastors, worship leaders and musicians, Danilo helps to draw the focus on the importance of developing of a life of devotion based on Bible principles.

With twenty five years of ministry behind him, Danilo has had the opportunity to be part of international outreach conferences together with Franklin Graham and Benny Hinn, as well as taking part in Seminars 4 Worship with Paul Baloche and Brian Doerksen.

Danilo works alongside Marcos Witt with one of the largest Spanish churches in the United States, Lakewood Church in Texas under the Senior Pastor Joel Osteen.
Danilo and his wife Gloriana reside in Houston, TX.

Find out more about Danilo Montero on IntegrityMusic.com 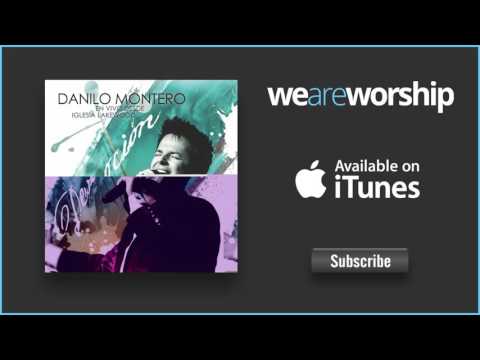