Most of us, if we’re honest, look back to the days of our youth—those junior high, high school and college years—and remember the confusion, insecurity and lack of identity inherent in those desperate years. We didn’t know who we were, where or what we came from or where we were going. Whether raised in godly or godless homes, students by nature are seeking... self-worth, the secret to success in this life, something or someone to identify with.

For Desperation Band, formed in 2001 as the youth worship band at Colorado Springs-based New Life Church, this season has always been the impetus of their ministry. Thirteen years down the road, leading worship for hundreds of thousands of high school and college students at the annual Desperation Conference, their reach has expanded exponentially. Now known around the globe for songs like “I Am Free,” “Overcome,” “Yahweh,” and “Strong God,” this modern worship band—led by worship pastor Jon Egan—has never lost sight of their target or the limitless potential of students to impact their world for Christ.

Set for release in September, the all-new live recording from the July 2014 Desperation Conference captures the spirit and energy of youth at worship while firmly establishing for all who listen that we share a deep-rooted history. The God of ages past is alive and well and moving mightily among people who are desperately committed to Him.

Connecting the past with the present and the future, BANNER waves as a testament to the youth conference that became a movement, a return to the core of Desperation itself. “We felt like it was time to get back to our roots, to create a soundtrack for the beautiful, compelling things God has been doing here,” Egan says. “Most movements last 3-4 years, but this has been going on for 13. So that’s really the idea behind the record.”

Written specifically with students in mind, BANNER plants its flag in historical soil. “We want to make sure we’re singing songs that help young people understand they are in a moment of time but that the church has existed for thousands of years,” Egan explains. “We want to place an emphasis on history, returning to the sacred call to worship…It’s so important for them to understand they are part of a deep-rooted history of Christians who have survived. We love doing new songs, but we are very careful that we are not developing new ideas but celebrating the ideas that have always been true.”

The expansive title track makes this ancient-future connection in a bold, undeniable anthem that anchors the album. “I’d been wanting to write a song about God being our banner, the ancient truth that God is with us, leading the march through history, ” says Egan, who has been mentoring a new generation of worship leaders and songwriters at New Life. “One of our young guys came in with some music and I brought some direction for the lyrics, and it just came together. It’s so ancient, so ‘Moses and the Old Testament,’ yet to these guys it seems fresh and cool, which I think is great.”

With co-writes that include Jason Ingram, Jonathan Moos, and Nico Perez, about half the songs on BANNER transcend age and reach into the church, Egan says, convinced that “…these are songs that are eternally true, songs we can all carry into the future, the kinds of songs that will mark a life.”

Egan lights up as he describes the song “You Make a Way” on the new recording, one of his personal favorites. “This song has been blowing up at our church and at youth events,” he says. “I think they have really connected with it because it gives a voice to people believing for miracles. We did a 5-city tour, and in every city I found myself looking at hundreds of 15-year-olds, thinking, ‘So much will be thrown at you…but the answer has always been Jesus. It always will be Jesus.’ When I was fleshing that out for a song, I was reminded that where there was no way Jesus made a way at the Cross…and He still makes a way.”

“Break Open,” a beautiful moment of complete brokenness and surrender, is the hallmark of the album. The lyric resonates deeply with the band: ‘I’ll pour out my life and my soul magnifies the Lord my God, the Savior King, I will not give, I will not give, I will not give what costs me nothing...’ “That’s a life message for us,” Egan says. “It’s the idea and story of Mary who was criticized for this extravagant thing, pouring her perfume on the feet of Jesus, who rebuked those who criticized her. It’s a reminder to all of us that worship is costly. Embarrassing sometimes. It was all over him. It was all over her. Everyone in the room was either criticizing or enjoying it. There’s a danger in watching someone else break something open and then just being okay with that because you won’t be transformed by somebody else’s extravagance.”

Sonically, the undercurrent of BANNER is as deliberately bold as the lyrical content of the record. “Because we’re aiming for the younger generation, and because we’re all evolving musically and inspired by different music,” Egan says. “We want to inspire those who come after us. We want to lead and be pioneers and be bold in that. We’ve got a little more security now, and we have nothing to prove, and in that we have the freedom to take some risks.”

Nowhere on the album is this more evident than on “Fun,” a full-tilt dance celebration song written by Egan, Jason Ingram and Cory Asbury, that is destined to be the crowd favorite of Desperation youth for many years to come. “We’re taking a big risk with this one,” Egan says, “but why not celebrate the kind of love that frees us, gives us joy and allows us to have fun, to ‘dance with every reason to dance, sing with every reason to sing...’”

With these songs and more, Desperation Band delivers a powerful set of reminders for today’s youth culture, songs to fuel The Vow, a commitment to passion (devotion), intercession (prayer), consecration (holiness), and mission (outreach)—four core values that Desperation’s founding pastor David Perkins introduced as integral to students’ understanding of their identity in Christ and what it looks like in their lives. “We realize it’s a bit of an upstream call, that more and more young people are going a different way,” Egan explains, “but without condemnation for anyone, we aim for higher with those four core values.”

Even before the 2014 Desperation Conference launched, over 30,000 young people have signed The Vow, resolved to relentless pursuit of these values, and stories continue to pour in about the difference it is making in their world.

To expand on the core value of ‘mission,’ Desperation Band launched Heartwork in 2010, a student-driven outreach that empowers young people to bring hope and freedom to orphans around the world. Just one of Heartwork’s fundraising efforts resulted in $775,000 raised, involved 25,000 students and impacted the lives of 16,000 orphans. In June of 2010, Heartwork launched “The 1K Campaign” with the goal of having 1,000 student groups fund 1,000 projects in 1,000 days. That goal was exceeded by 67 projects. As Heartwork grows locally and overseas, Egan and D-Band believe it is an integral part of worship in action. “We believe it’s key and part of the mission of The Vow to get young people to act out their worship. If they don’t put their worship into action, it’s not really worship at all.”

This passion, this sense of mission, has always been the center of it all for Desperation Band. Egan and company believe that true change comes when people lay aside their agendas to encounter the true and living God. “We’re not interested in being part of the worldwide movement that is modern worship—the albums, the sales, the touring, the photo shoots—because if it starts to pay back more than what it costs you, that’s when it gets dangerous. Worship is supposed to be carried on our backs, it’s supposed to be sweaty, to take some effort. That’s why it’s called a sacrifice of praise. That’s our life message.”

Find out more about Desperation Band on IntegrityMusic.com 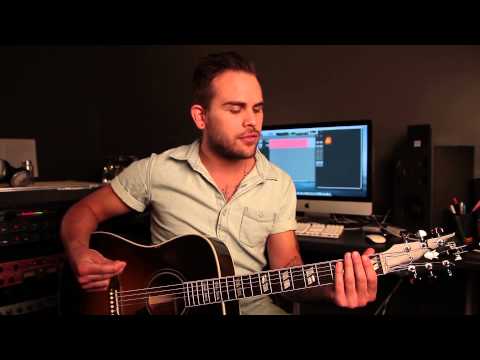 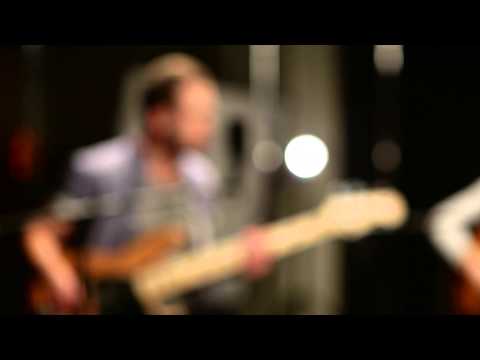 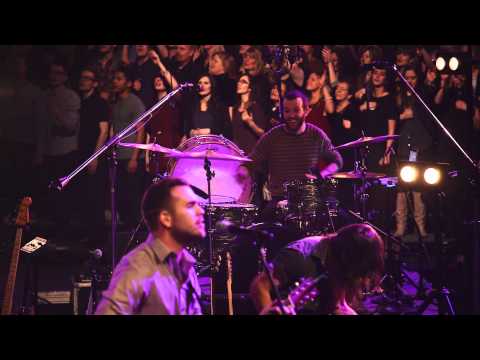