‘My approach doesn't sit within the established generic worship mold,’ explains Nathan Jess - correctly, as it turns out. For the twentysomething worship writer/leader from Northern Ireland, the ‘approach’ as he calls it is powerfully eclectic. To listen to a Nathan Jess song is to sit in the presence of a close friend you’ve never met before. His appeal is personal, universal and full of passion and truth.

The story so far is simple enough. Nathan studied music at his local university - Queens, Belfast. The strong emphasis on composition suited Nathan, and upon graduating in July 2010 he was ready to take up a full time role leading worship, writing songs and more.

The opportunity to support Casting Crowns when they played in Belfast in the following November turned out to be significant, as Integrity Music staff heard Nathan play one of his most noticeable songs - ‘I Am Redeemed’. A month earlier the song had featured on an independent film project, but it was not until July 2011 that he finally signed to Kingsway.

‘It was a process stemming from 'I Am Redeemed',’ Nathan explains. ‘We had had various discussions prior to that song, which they then heard and kind of fell in love with. ‘I Am Redeemed’ was originally written to appear on a film in France as the closing sequence. I had actually written about three other song ideas to pitch to the producers to try and find the right thing. Eventually I remembered having written the chorus of ‘I Am Redeemed’ which I then tweaked and expanded into what it is now.’

Like all of Nathan’s songs, ‘I Am Redeemed’ is unashamedly powerful. In just 115 words ‘I Am Redeemed’ takes the worshipper on a journey from the garden of Gethsemane, through the agony of the cross all the way up to the fullness of life today. With seemingly endless Hallelujahs empowered by intriguing harmonies, ‘I Am Redeemed’ has become an instant favorite among early listeners, but it comes on the back of years of study, practice and worship.

‘I honed my craft starting off as a singer/songwriter who was also leading worship,’ says Nathan of his roots. ‘Then the light came on in my head and I found that the fusion of the two - writing congregational worship songs - was what I was really passionate about.’

And he is equally clear of his hopes: ‘I write songs with the hope that someone somewhere can really identify with and find comfort, restoration, encouragement, hope and joy within them. I try to find poetic language that makes a deeper connection with the listener/worshipper. So in 'I Am Redeemed' you get a chorus and hook that proclaims in plain language some of those truths, contrasting to the verses that try and explore some more untouched angles we may usually see - the betraying kiss, how it never crossed His mind that this journey to the cross was not worth it, even in beating...’

‘My musical approach similarly is not the standard electric guitar driven pop/rock sound. ‘I Am Redeemed’ has a string section, lots of exposed moments, chords from outside the box, thick vocal harmonies, glockenspiel and so on. I do it all to try and tell the story through the song, but in a way that can that can be sung by congregations.’

Nathan’s storytelling comes from deep places, but also intriguing experiences. ‘I partner with a charity called Fields of Life that works in East Africa. They mostly build schools and dig wells. I was there in May 2011 exploring their projects and filming a music video of a song I wrote and recorded with their children's choir. The song shows a similar model of poetic story telling in the verses with a simple chorus crying out for Jesus to be our only hope.’

The result - ‘Be My Hope’ - works on many levels. As a carefully crafted song, it is disciplined, measured and powerful. But there’s more to it than a near-perfect melody and poetic lyrics... take a look at the YouTube video and you’ll see a whole other dimension bring the song to life. It’s an incredibly powerful song, and one that beautifully illustrates not only the life and vibrancy found among the people of Uganda, but the great work that Fields of Life carry out. It might sound abstract and ambitious, but in the collision between worship, art and social justice there are deeply powerful forces at work... just as there are through all of the songs of Nathan Jess.

Find out more about Nathan Jess on IntegrityMusic.com 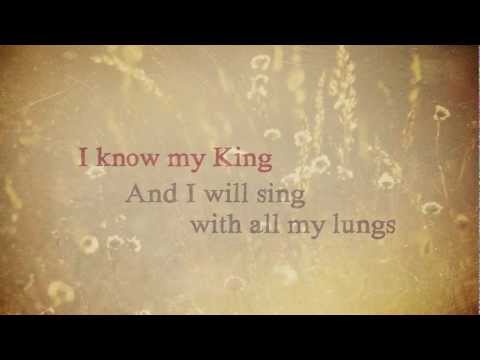