“The aim and final end of all music should be none other than the glory of God and the refreshment of the soul.” —Johann Sebastian Bach

Art—in any form—is meant to be savored, experienced and relished. David Gungor and John Arndt, known as liturgical band The Brilliance, craft music with this belief in mind, giving listeners time and space to fully soak in the beauty that lies in every lyric and sonic nuance. This is true for their independent projects, including four albums and two EPs, as well as their new full-length album Brother, released with Integrity Music. It’s an appropriate title, considering the two men have shared a brotherly bond since childhood, tracing their families’ relationship back to the 70s when their fathers played together in a wedding band. And following in their father’s footsteps, David and John have played together in a variety of bands throughout the years, including time spent playing in Gungor, a band fronted by David’s brother, Michael.

Their latest collaboration began a few years back when David, then leading worship at a church in Tulsa, wanted to craft original music written around the liturgical calendar for his congregation. He sent some ideas to John, who was living in Austin at the time. From there, the two began creating and recording under the moniker of The Brilliance. Since then, David, who is now at Trinity Grace Church in New York City, and John, who now resides in Chicago, have been blending a classical aesthetic with traditional pop form to create a sound built on piano and string arrangements that, while comfortingly familiar in many ways, is unique within the space of worship music.

“Some of the greatest classical works ever composed were for the church,” David offers. “We want to make art that, in a sense, is commissioned by my church and is music for the church; but that tells a bigger story.”

While all of The Brilliance’s original songs are written from a larger faith perspective, not all ten tracks on Brother are meant to be sung corporately. Some cuts were crafted with reflection in mind. “Oftentimes, worship music, in particular within the church, has been something where you tried to get people to be as loud as possible. ‘Stand up with me; sing as loud as you can’—which is great, but I thought about my own life within the context of prayer…learning how to listen to God and not always speak,” David shares. “I long for moments within a larger group where we can be quiet together or we can lean in together.”

Other songs take on a darker tone. “Diving into issues like lament and doubt and wrestling, it doesn’t have to all be happy-go-lucky music that just puts a smile on your face,” says David. “There’s nothing wrong with that—but sometimes it’s good to have another voice.”

From the opening call of peace and unity on “Brother” to the confessional tone of “Yahweh,” each song leads listeners on a winding road that travels to dark depths full of laments before reaching a hopeful benediction.

The title track was written in response to a trip David took with a group of songwriters to Israel, where he saw firsthand the confusing collision of Jewish, Muslim and Christian cultures—equally an enlightening and disconcerting dichotomy. “We just went to learn stories with no agenda other than open hands and listening ears,” he explains, but back home David had a bout with writer’s block and a longing for peace and justice—a theme that permeates Brother. Confessional cut “Yahweh” emerged six months later when he was finally able to put words to his experience.

“The only way to work toward peace for anyone, no matter what faith, is to first live within a different narrative,” he contends.“For me, as a person who’s really trying to work for peace through our music, the question is, how do we let people wrestle with the tension of longing for justice and peace in certain issues?”

“Dust We Are And Shall Return” was written specifically for Ash Wednesday and focuses on accepting our own mortality. “Growing up as a young evangelical kid, I did not like to talk about death,” David says. “I only wanted to think about life and heaven. But preparing to die… I never thought of anything like that. So dealing with your own mortality, it can sound dark, but it actually is a really beautiful process.” Not only do the lyrics require thoughtful consideration, the instrumentation reflects the central theme of the song, ending on the very same note where it begins and mirroring the arc of the human life.

“Make Us One,” written during Advent, also allows the melody to reflect the sentiment of the lyrics with distorted, ethereal vocals panning from one speaker to the other, building to gang vocals. “It is a very crazy song,” David admits, adding that listeners will either love it or hate it—no in between. “It’s in a different time signature; the two become the one; it changes keys. It’s a very complex thing that’s going on. Everything is very intentional in how it’s written. I don’t think we’ve ever written a song that we’re more excited about.”

Then there’s the poignant “Does Your Heart Break?”—a song originally written for Lent. In light of recent cultural and religious clashes around the world, the song takes on new meaning. David revisited the lyrics and revised the second verse to reflect the emotions of his congregation amid unrest in New York following the questionable death of an African-American man, giving his church a chance to grieve during Advent.

“For any song or any piece of art, there are things that are surface level, and then there’s always a story behind the story,” says David.

“Art must have the ability to represent multiple meanings at once,” continues John. “Everyone has a different experience and perception that includes their unique hopes, desires and fears. A huge part of the ‘beauty’ of art is its ability to transcend clean, black and white definitions… I also believe that is the beauty of God. Whenever we try to grasp the Divine and limit God to a simple dogma, He evades our grasp.”

David and John hope the stories in their songs provoke thought and spark the creativity of listeners, regardless of the diverse venues where they perform—from high masses and formal church settings to seminaries, colleges and clubs. The universal appeal of their music is breaking down barriers of age, ethnicity and even religion, allowing them to share their faith in a thoughtful, artistic light that evokes curiosity from believers and non-believers alike.

“We want to be able to share our music with anyone, hoping they appreciate the beauty of it while thinking, ‘Wow, you’re writing from a Christian story for art, really?’ Our goal is to be integral to the society we’re in,” says David.  “We hope people hear our story, get to know us and realize, ‘Oh man, this person is different than me, but maybe they can respect the way I think.’”

Basic Christian truths like loving your neighbor and forgiving others are at the heart of the remedy for the human condition, regardless of religious beliefs. The Brilliance hopes their art can transcend the walls that divide us and somehow fulfill that longing for peace and justice in songs that lead listeners on a journey ultimately toward hope.

“For me, the reason I follow the teaching of Jesus Christ is because it actually brings life and truth, and it transcends certain boundaries,” David maintains. “We love art, and we love the idea of making art within the Christian narrative… We want to push boundaries artistically to inspire the imagination.”

Find out more about The Brilliance on IntegrityMusic.com 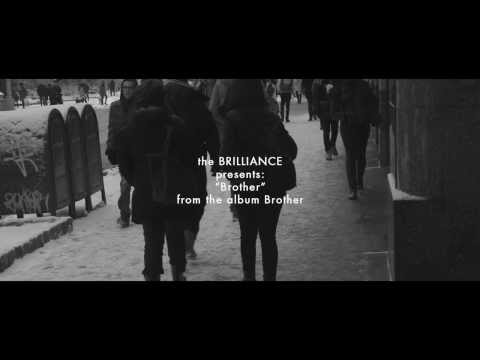 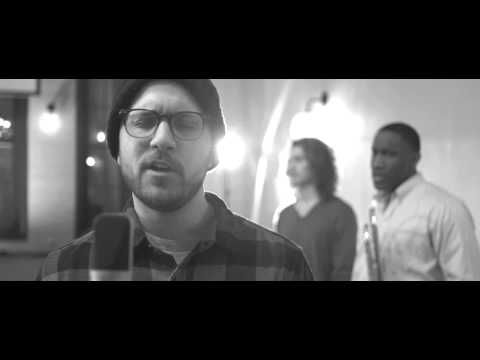