Tom Read is the Worship and Creative Director of The Vine Church in Hong Kong, China. Born in the UK, Tom has spent most of his life in Hong Kong and over the last 10 years has traveled extensively throughout Asia with The Vine Band, leading and teaching on worship. Tom partners with Tim Hughes and the team in London in his role as the Hong Kong Worship Central Coordinator, working to bring valuable worship teaching and training to Asia.

As a songwriter and recording artist based in Asia, Tom has a passion to see churches embrace local songwriters and locally written songs.

“Asians are great at importing what is happening in the western church, but sadly we are too quick to dismiss what God is doing right here and now in our own churches” explains Tom. Not being Asian himself, Tom considers his role as that of a bridge between the East and West: “I’m working to bring some of the great resources that the western church has to Asia, but at the same time I want the world to know that we have amazing songwriters and worship leaders right here and I believe that songs will go out from this part of the world and will bless the global church.”

Although primarily a worship songwriter, he believes that good music shouldn’t be limited or contained by genres or labels. In 2011, Tom signed with Kingsway Music UK, now called Integrity Music, and is excited about the opportunity to take his music to a new audience, both inside and outside of the church. Tom has released three English albums and two Chinese EPs with The Vine Band, and has worked with Worship Central to produce a Mandarin Chinese album called Counting On Your Name, which features worship leaders from around Asia. His first solo album, Compass, was released on September 17th, 2012 through Integrity Music.

Find out more about Tom Read on IntegrityMusic.com 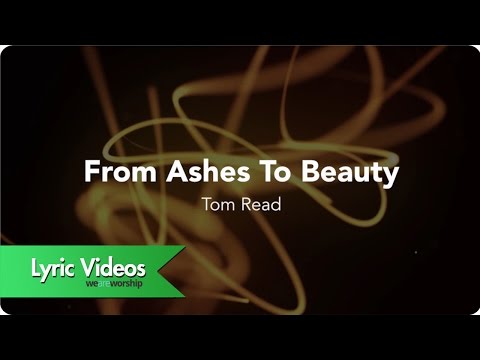