What happens when there’s no agenda, no ego, no limits and no expectations? When a disparate bunch of burned-out singers and musicians whose souls are sucked bone-dry by week-in, week-out service simply show up for no other reason but to see what God has up His sleeve?

Sure, there’s talent in the room, and plenty of it. But there’s something so healing about laying down the individual to become part of a mob.

WorshipMob began in Colorado Springs, CO, in 2011 for the sole purpose of ministering to worship leaders, empowering them to minister to each other and experience worship together beyond church walls. To simply allow space for God to move, for these musicians to respond and to, eventually, share the result for free with people all over the world.

“Originally, the idea was to capture as close to a live worship experience as possible,” explains Sean Mulholland, a worship musician who started WorshipMob in his home studio. “I was quite jaded at the time, and the worship experience I was part of every week didn’t seem real to me. It felt like a musical performance with a few, select people. I wanted to know what it would feel like to get a bunch of people like me, mostly singers and musicians of a similar caliber, and go for something more free, to see where the Holy Spirit might lead.”

Within a year, word started getting out, and it was standing room only in this little “hospital for worship leaders.” But the numbers belied the most significant growth. “A year in, it started developing in a way we could not have imagined,” Garrett Chynoweth, who serves as a lead pastor for WorshipMob, says. “It began to explode… in expression, heart and spirit…we didn’t try to impose a particular style or sound on it, instead allowing people to find their own voice.”

What developed was a new kind of mob culture; a unique community wherein the greater expression is less about individual contribution and more about serving the whole. Less about what you bring to the table; more about what God brings to the table.

“Our culture is enthralled by talent, but we lose focus in that,” Garrett continues. “In WorshipMob, every gift we have is put on the altar, everything is surrendered for the glory of God’s Name, and soaked in God’s presence and in agape love, consistently, week after week. And in that atmosphere, people are transformed, released from their struggles for validation to find their true, complete identity. Empowered, fully righteous and free in the finished work of Christ.”

This is the emphasis found in the WorshipMob live worship videos—independent and made available online for free to everyone—which have already touched lives around the world with over 9 million views and 54,000 Youtube channel subscribers to date.

WorshipMob’s CARRY THE FIRE—its first project in partnership with Integrity Music—captures not only the core concept behind this unique servant/musician community but also the impact, the contagious joy and regeneration discovered in its wake.

Intimate, spontaneous, at times ambient, at times exuberant, but at all times collaborative, WorshipMob’s CARRY THE FIRE expresses the joy, freedom and empowerment of life infused by the Spirit of God. From the opening verses of “Satisfy” (Come lay down your burdens, And I’ll become your peace) to the benediction of “Love Break Down These Walls,” it’s not about our effort, but about response to what God has done and is doing,” Garrett explains. “The fire of God’s presence is in people’s hands because Christ lives inside. It’s a natural outflow, not a forced thing or expectation. It’s in your hands because you’re a child of the king who has given you all authority and power to face the enemy.”

“Arrested By Grace (You Call Me Worthy),” a driving modern anthem of irrevocable acceptance in Christ, sets the tone for the album. “If there’s one song that captures the core of our message,” says Garrett, who co-wrote the songs with his wife Elaina and Nico Perez, “the chorus and the bridge of this song say it all.”

Adopted by perfection, you rejected my rejection,
Made whole by resurrection, I’m yours…

“Love Outran Me” stands out as a hallmark on the album. “It’s the song of my life, and if you knew the story of my life, you’d know there are no theories in my faith,” says Garrett. The grandson of a polygamist cult leader who was eventually imprisoned, Garrett spent his formative years without his father—who was murdered by cult members—in witness protection, then orphaned by his mother who committed suicide. “God became my Abba at a young age. I was afraid for my life for four years, with no one to comfort me but the Holy Spirit… this is my journey. My ministry now, and the message of ‘Love Outran Me,’ especially for people hearing the gospel for the first time, is this: ‘You are deeply loved and not judged.’”

You reached through my darkness, to pull me in
You stood in my place and became my sin
To these dead bones, You say, arise, arise
When I couldn't do it, You crossed the distance
Your love pushed harder than my resistance
I was a slave, You said, be free

“Light Up the World (Rain Down On Me),” written by WorshipMob’s Seth Enos, serves as both a call to worship and a powerful reminder that God’s redemption is ongoing.

The song is the first “concept” video shot by WorshipMob, whose members gathered to create a tribute to victims of Colorado’s Black Forest Fire that destroyed over 500 homes and 14,000 acres in June of 2013. “We knew people who’d lost some property in the fire,” Sean explains, “so about 40 people showed up to shoot the video in the ruins of the fire, to capture this whole concept of redeeming loss in the world. To present a picture that the heart of God is to light up the world.” The riveting result, much of which is filmed as rain soaks the charred landscape, captures the spirit of this collective.

Ultimately, WorshipMob represents something we all come to terms with at some point in our lives: the answer to the question ‘Who am I?’

“We’re all trying to work out who we are and how we’re supposed to serve God,” Sean says. “My whole life, I wanted to make a career of music, which is often destructive to our souls. It wasn’t until I turned 40 that I gave up and began learning surrender over and over again; new ways of trusting God, who has a better and more creative plan than ours, who protects his children from getting in over our heads… Anything that happens is the fruit of that surrender.

“What I’ve learned from starting WorshipMob is that most of us are missing who God already created us to be, missing the internal peace,” he continues. “Our hearts are to encourage people to seek this intimacy with Father, to seek their true identity in Him. Only in him do we find our true value; only in him is peace and contentment, whatever our circumstances.” 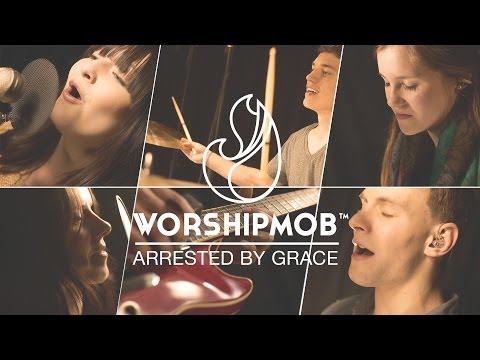 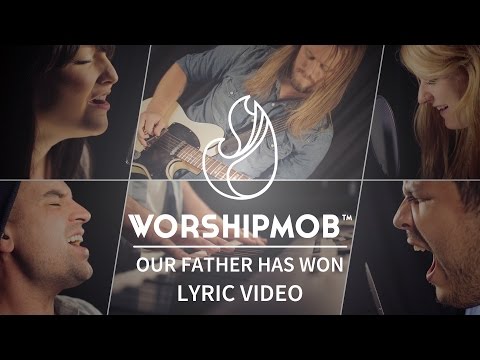