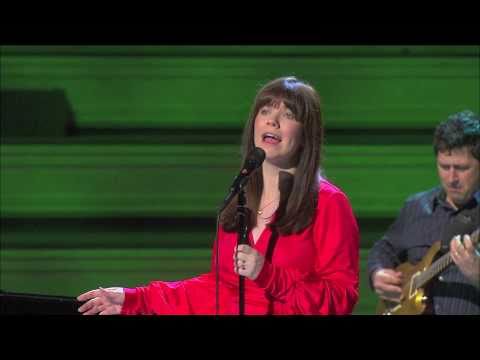 Stuart Townend spoke to WeAreWorship about the birth of the most enduring hymn of its generation.

The song got written in an unexpected way. Keith Getty and I were at a conference together and a mutual friend said we should get together. He’d said how great Keith was at writing melodies and he probably said some nice things about how I write lyrics, and so we met for a coffee. Nothing partic-ularly eventful happened but Keith said he’d send me a CD with some of his song ideas.

When it arrived I wasn’t expecting anything much from it. But as soon as I heard the first song – which was just him on the piano, playing the melody in the right hand – I thought there was something about it, something quite profound.

It was a classic melody, with that eternal, enduring aspect. I was getting to like it more and more and wondering what the song could be about. I phoned Keith and subsequently thought ‘this is a song about Jesus’ life, death and resurrection and what that means for us.’

I sent the lyrics to Keith and he liked them and he suggested changing the first line. I’d started with the words My hope is found in Christ alone, but he thought it would be great if the song began with the phrase In Christ alone. I was slightly against it because I had this rhyme scheme going in the verse and didn’t want to mess it up. I was slightly irritated, but the more I thought about it the more I thought ‘yes that would probably be stronger’, so I moved it around.

I actually think it was a stroke of genius because now the song is known as In Christ Alone, it’s where the song begins, it’s the statement you make and it’s the first thing you sing. So I think that it made the song so much stronger as a result.

The song started slowly in terms of my writing. Sometimes you’re just trying to find your way with the first verse, trying to find the key theme. The second verse was about his life and going to the cross, but I think that by the third verse I was thinking about the moment of resurrection. The melody was so powerful, so suggestive of that, and it was at that point I began to be really caught up in the song. It kind of meant that the fourth verse just spilled out, with me saying ‘wow, this is what the cross and resurrection means: to change is everything.’

That’s the power of the song – it points to what Christ went though. We get to stand before him not because of our great faith or because doing well as a Christian, but purely and simply because of what he has done. That’s why the song is helpful. That’s why it means something.